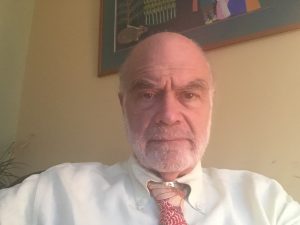 Most who know Dr. Michael A. Civin, Ph.D., are aware of his record as a clinical psychologist in New York City. And a lot of people do know him. He has been a major player in New York’s psychological services industry for the bulk of his career, which has run almost 30 years now. Over that time, Dr. Civin has not just practiced as a psychologist, but he has also served as a professor or other faculty member at several universities and other institutes of higher learning. His research and writing also has been published in many journals and he has written numerous book chapters.

These days, Dr. Michael A. Civin, Ph.D. continues to accept and treat new and long-time patients throughout the entire New York City region and he is happy to do it all with the highest level of care. That is why he decided to establish Rose Hill Psychological Services about a decade ago. He believes strongly that all successful people should give back to their community, so he helped create Rose Hill to offer the best affordable psychological services to people in underserved communities. To date, as Dr. Civin predicted, that practice is thriving.

The Educational Commitment of Michael A. Civin, Ph.D.

While most people would have been satisfied with an AB Degree from Harvard and two M.A. Degrees from other prestigious universities, it was not enough for Michael A. Civin, Ph.D. That is why we went on to obtain his doctorate from Adelphi University. Obviously, Michael A. Civin, Ph.D. has obviously spent considerable amount of time and effort in both the academic world and in private practice, which is why he is so highly regarded in the community of psychologists in New York City.

In fact, these days, Michael A. Civin, Ph.D. continues to enhance his reputation as a working clinical psychologist. Besides his education, he also has gained a lot of knowledge and skill from his nearly three decades in practice as a psychologist. He currently serves as a senior psychologist at Rose Hill Psychological Services, which he co-founded back in 2007 as a way to provide psychological services to underserved communities throughout New York. Those services are both effective and affordable, and they have become so popular, Rose Hill has expanded to two additional offices on the Upper West Side of Manhattan and a in Mohegan Lake, New York.

Dr. Michael Civin Has Written A Book On Internet Psychology

Dr. Michael Civin‘s education began when he attained his A.B. from Havard College in 1968. His Masters of Arts degree came from the University of Oregon in 1970. In 1986 he received another Masters of Arts degree from Adelphi University. In 1988 he got his PhD from that same institution and n 1993 was able to receive his Postdoctoral Certification in psychotherapy and psychoanalysis.

The Commitment of Dr. Michael A. Civin, Ph.D to Great Mental Health

At its heart, Dr. Michael Civin’s career has a lot of education. This should surprise no one, given that any doctor has to be well-educated just starting out. Dr. Civin’s education started when he earned an A.B. Degree from Harvard and of course if continued when he attended the Albert Einstein College of Medicine. However, he also has a couple Master of Arts degrees; one he earned at the University of Oregon in 1970, and the second, in clinical psychology, came from the Gordon F. Derner Institute of Advanced Psychological Studies at Adelphi University in 1986. That is, by the way where he earned his Ph.D. in 1988.

Over the years, Dr. Michael A. Civin, Ph.D. also has been a professor, faculty member, and associate professor with a number of institutions of higher learning. Now, even after more than a quarter century of practice as a noted New York psychologist, Dr. Civin and his team are as committed as always to providing excellent service at relatively low cost, which makes his work vary highly valued.